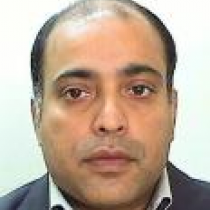 Deb leads the power systems planning group at the World Bank in Washington DC since 2014. He is a power system engineer and an economist.

In addition to planning, he has worked extensively on electricity market design and price projection analysis for market/system operator and market participants. He had held a tenure-track position at University of Canterbury until late 2000, and is currently an Adjunct Professor of Electrical Engineering (Power System) at the University of Queensland and University of Melbourne(Australia).