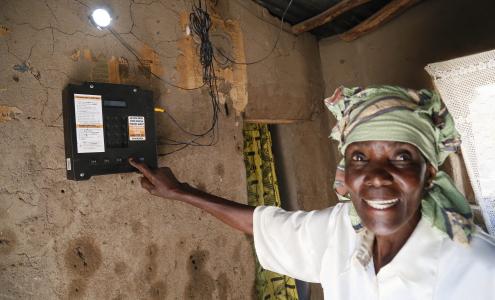 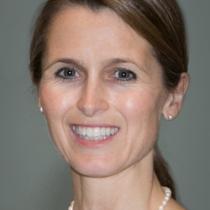 Many studies on the microeconomics of electrification in developing countries focus primarily on estimating the impacts of providing rural households and communities with access to electricity for the first time. In urban areas, however, many households and businesses are already connected to the grid. In these settings, the primary issue is reliability rather than lack of access – with power outages and voltage fluctuations being widespread and frequent.

Studies on the macroeconomic impacts of outages suggest the costs may be large – in the range of 2-3 per cent reduction in long-run GDP per capita. In Ghana, for example, the 2013 World Bank Enterprise Surveys found that 61.2 per cent of businesses see electricity reliability as a major constraint.

Anecdotal evidence suggests that frequent outages and voltage fluctuations constrain the economic wellbeing of households and small businesses by discouraging investments in welfare-improving and income-generating appliances (such as fans, refrigerators, or production machinery), and reducing the output from existing appliances. In addition, households and firms might need to devote considerable resources to alternatives to reliable grid power, including backup generators and voltage regulators, meaning they can’t spend money on other more profitable investments.

Yet the scope of the problem is not well understood, and most countries don’t have enough data to understand even the highest-level reliability issues. Utilities must therefore make important operational decisions without knowing the frequency, duration, and geographic extent of power outages and voltage fluctuations. And governments must make important investment decisions without knowing the extent to which the local economy is being affected or how to improve grid reliability.

To help fill these knowledge gaps, a team of engineers and economists from the University of California, Berkeley, has developed, tested, deployed, and operated a suite of low-cost, remote sensing devices, collectively called GridWatch. The technology has been used to measure power outages, voltage fluctuations, and frequency instabilities in Accra, Ghana.

During the pilot stage (funded by the Millennium Challenge Corporation) and the EEG-funded Phase 1, over 400 PowerWatch sensors have been installed.

Unlike existing technologies, GridWatch automatically measures and centrally collects data on grid reliability and power outages, publicly and independently of utility reports. It is generating detailed reliability data for sites across Accra on an ongoing basis, and is much more accurate than existing utility outage recording and logging systems (many of which rely on manual detection and processing).

During Phase 1 of the project, the team has been able to assess how the data generated by GridWatch can inform and improve decisions on the construction, maintenance, rehabilitation, and expansion of grid infrastructure. The team also began to develop rigorous measures of the socio-economic impacts of improved reliability.

In Phase 2, the team aims to accomplish two new goals; to deploy surveys to causally identify the short- and long-run socio-economic impacts of poor reliability and voltage fluctuations for households and firms, and scale-up the GridWatch technologies to other DFID priority countries.

The team will rigorously measure the causal impacts of reliability on outcomes for households (e.g. decisions about which types of appliances to buy) and firms (e.g. whether new businesses are more likely to emerge, investments in income-generating capital increase, and profits increase).

Information will be collected from 5,000 households and firms in specifically targeted neighbourhoods. Using GridWatch and utility data, the team has identified areas with quasi-random variation in power quality. The team will therefore be able to compare statistically similar customers that have received significantly different levels of power quality over the past decade (for example, in 2015, some customers experienced an average of 120 hours of load shedding per month, while others experienced an average of only 19 hours per month, depending on the feeder they were connected to).

Phase 2 also involves expanding the deployment of GridWatch technologies to additional DFID countries. This includes Kenya, where two members of the research team are currently engaged in a DFID-funded research project studying the political economy and governance of Kenya’s Last Mile Connectivity Project (LMCP), which aims to achieve universal access to electricity for all Kenyans by 2022.

Detailed data on consumption will be collected through household and firm surveys and compared with outage data collected via GridWatch devices. The team will therefore be able to identify whether there is a link between frequent or long-lasting power outages/significant fluctuations in voltage and investment in electrical appliances/low consumption of electricity.

The deployment of the technology in Kenya will also allow the team’s engineers to test several new features at scale in a new environment. Most of the deployment to date has been in urban Accra, so the rural setting will provide important information on the performance of GridWatch.

The Developing World Is Connecting to the Power Grid, but Reliability Lags

Catherine Wolfram on why connecting people to the grid is only the first challenge.