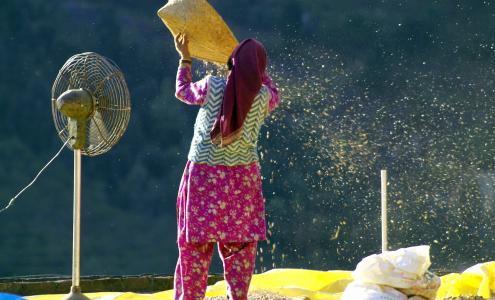 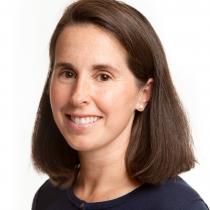 More than 320 million people in India are at high risk from extreme heat. Rising temperatures pose a particular risk for vulnerable populations with limited access to cooling technologies.

The country faces the formidable challenge of helping at-risk households adapt to hotter temperatures, while at the same time reducing the local air pollution and greenhouse gas emissions that will be generated from increasing electricity production to meet demand. The increased need for cooling appliances means electricity demand has been surging during extreme heat events, triggering cascading outages across the country – so the impact on power system infrastructure also needs to be managed.

To address the challenge, the Indian Ministry of Environment, Forests and Climate Change recently launched the India Cooling Action Plan – the stated goal of which is to ‘provide sustainable cooling and thermal comfort for all while securing environmental and socio-economic benefits for the society’. Improving access to – and accelerating the adoption of – more efficient cooling technologies is one promising path to this goal.

Ceiling fans are, by far, the most common space cooling appliance used by Indian households – sales exceed 60 million annually. This demand is expected to increase rapidly in the coming years as purchasing power and temperatures rise.

If the increase in demand for space cooling is met using the fans that currently dominate the Indian residential market (standard fans with 65-75W induction motors), the impact on electricity demand will be large. Super-efficient brushless direct current (BLDC) fans, which consume only 28-35W, are available in urban markets. But, despite the energy savings they offer, the market penetration of BLDC fans remains stubbornly low (of the 90% of Indian households that use ceiling fans, it is estimated that less than 3% use efficient ones). Fans are long-lasting investments; every time a household chooses a standard induction motor fan over a BLDC fan, inefficiencies are ‘locked in’ for decades.

This study provided a first-of-its kind assessment of the demand potential for BLDC fans in rural and peri-urban market settings where access to sustainable cooling solutions is limited.

The team carried out a technology trial that involved replacing households’ standard fans with BLDC fans. It measured the performance of the fans in settings characterised by frequent power outages and low voltage events, using data collected from representative households on relative fan performance and utilisation rates.

The starting point for the research was the hypothesis that electricity price subsidies for low-income households will lead to under-investment in energy efficiency.

The research was conducted in Southern Bihar, where low-income consumers who fall below the poverty line pay a highly subsidised electricity price. In 2021-2022, the average cost incurred by the Southern Bihar distribution company per kWh to procure and deliver electricity to a customer was INR 7.44, but on average it was recovering less than INR 2 per kWh from households.

While electricity subsidies, together with some tolerance for non-payment, have played a large role in ensuring that electricity is affordable and accessible to all Indian households (it is estimated that almost 98% now have access to grid electricity), it is thought that subsidies can also lead to under-investment in demand-side energy efficiency. Because households incur only a fraction of the costs of consuming energy, they realise only a fraction of the benefits from using it more efficiently.

Some unfortunate and unintended consequences of electricity subsidies have also been identified in previous research. If distribution companies lose money when they serve low-income households, they may restrict hours of supply and/or under-invest in reliability to remain solvent. Poor power quality undermines consumers’ willingness to pay, perpetuating a vicious cycle of under-investment, neglect, and insolvency.

The study involved a small-scale technology trial with 36 representative households, designed to assess the real-world performance of BLDC fans. Participating households were assigned to either a control group or a treatment group in which household fans were replaced with efficient BLDC fans. Fan usage was monitored at one-minute intervals over an 11-month period.

Field-based measurements were used to assess the potential benefits of displacing a standard fan with a BLDC fan. The team compared the estimated present discounted value of future benefits against the efficiency premium (i.e. the difference between the cost of purchasing a standard fan and the higher cost of a BLDC fan).

To evaluate household fan choices in a real-world setting, and to understand how consumer demand for efficient fans varies with the efficiency price premium, the team implemented a randomised sales trial, working closely with shop owners serving lower-income markets in rural and peri-urban areas of Bihar where, prior to the intervention, energy efficient fans were unavailable. Researchers partnered with JEEViKA, a well-established network of village organisations that supports hundreds of female-owned and operated shops in Bihar.

The team assessed household demand for BLDC fans across a range of purchase prices (varying from as low as INR 1,200 to the current purchase price of INR 2,399) using an incentive-compatible demand elicitation mechanism in a real transaction setting.