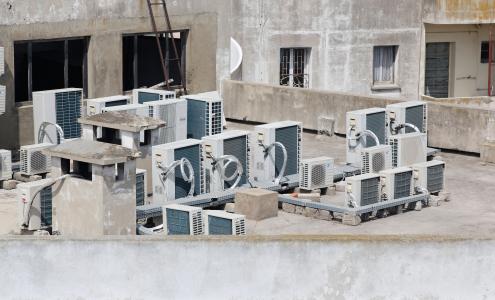 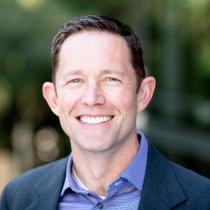 Air conditioning brings relief on hot days, makes people more comfortable, increases productivity, and, during extreme heat, can even make the difference between life and death. However, it is a luxury which, for the moment, is mostly available to the relatively wealthy. Air conditioning is perhaps the single most consequential form of adaptation to climate change, and yet is unavailable to large parts of the global population.

Sierra Leone currently has low adoption of air conditioning (less than 2% of households) and only 20% electrification, but, as incomes increase, this will change rapidly – potentially raising severe concerns about grid reliability.

Air conditioners consume vast amounts of electricity (a typical unit uses 20 times as much electricity as a ceiling fan and 100 times as much as an LED lightbulb), so their adoption can dramatically change a household’s electricity consumption profile. The entire electricity system in Sierra Leone has a capacity of only 240 MW, and the grid already suffers from frequent blackouts. It would take just a small increase in air conditioning adoption to outstrip supply during high-demand hours, exacerbating reliability issues.

To meet increased demand without blackouts, large economic investments in electricity generation and transmission infrastructure will be required – and understanding where and when is crucial if investments are to be made efficiently.

Air conditioning also raises major environmental challenges. The energy efficiency of air conditioners currently for sale around the world varies significantly – some of the worst-performing products consume more than twice as much electricity per unit output. However, minimum energy efficiency standards work, in large part, by removing the most energy-inefficient air conditioners from the market – but these are also the cheapest units, thus creating a trade-off between efficiency and equity.

In addition, the refrigerants used in air conditioners are potent greenhouse gases known as hydrofluorocarbons (HFCs). Therefore, understanding the pace of growth in air conditioner sales is crucial in terms of the Kigali Agreement, which seeks to significantly reduce the use of HFCs.

Despite the enormous air conditioning potential in Sierra Leone and other countries in Sub-Saharan Africa, as well as South Asia, and the large potential economic and environmental impacts that increased use may have, there is little direct empirical evidence on this topic, or analytical modelling of potential policy impacts.

Little work has been carried out to estimate how air conditioner adoption increases as household incomes rise, and how it rises differentially across climates of differing temperatures, and there is limited reliable information about where and when air conditioning adoption will occur. There is also a lack of reliable research on the impact of air conditioning adoption on the environment, and little is known about how minimum energy efficiency standards, energy price reform, and other policy interventions could mitigate these impacts, by, for example, encouraging the adoption of high-efficiency equipment and/or air conditioning alternatives like evaporative cooling, cool roofs, and passive cooling systems.

This project aimed to fill several important knowledge gaps, including a lack of data, while generating predictions about future environmental impacts under different policy scenarios.

The research team focused on Sierra Leone, where evidence is particularly scant, looking at how air conditioning demand materialises in the context of planning for the development of the country’s power sector.

The research team also aimed to characterise empirically the relationship between climate, income, and residential air conditioner adoption in 16 countries (including Sierra Leone). The potential impact for minimum efficiency standards, electricity tariff design, and related policies was assessed. In addition, the team projected energy consumption and environmental impacts out to 2030 and beyond for a variety of alternative policies.

In Sierra Leone, a thorough inventory of available household microdata on air conditioning was performed, using sources such as the country’s Integrated Household Survey, which was carried out with assistance from the World Bank, and CLASP, a non-profit organisation focused on making appliances more energy efficient with experience in designing and implementing household-level energy and demographic surveys.

Household-level microdata was combined with other data, including temperature, population, income, geographic, and future energy consumption information, along with estimates/forecasts.

Furthermore, using household-level microdata from 16 countries (including Sierra Leone), the team compiled one of the most comprehensive household-level datasets ever assembled on air conditioning, with data including representative samples from over 50% of the total global population. This microdata was matched with rich climate data.

A model was developed to forecast future adoption and show how patterns vary across countries and income levels.

This research represents a significant advance in academic literature. It has provided tools and evidence that can be used directly as the basis for policy development, and the team anticipates that other researchers will use the data to continue to drive the air conditioning agenda forward.