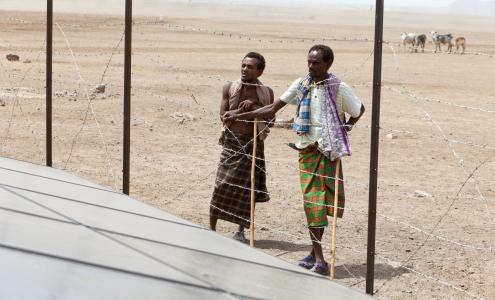 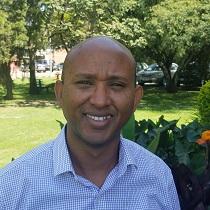 Despite these potential benefits, electricity use in Ethiopia’s agricultural sector has been limited, though irrigated agriculture has made some headway in the last decade.

The energy investment needs and options to support the development of irrigated agriculture in Ethiopia remain largely unknown. Energy planning studies have not explicitly assessed the energy demand for expanding irrigated agriculture. Existing irrigation suitability maps in the country are mainly based on land and water availability and proximities to markets, wherein energy has not been specifically included. Moreover, there is a need to assess the specific technology solutions for productive uses of energy in agriculture.

In addition, electricity access could transform household energy consumption into cleaner alternatives and create opportunities for productive uses. In Ethiopia, about 92% of final energy is consumed in the household sector. Traditional biomass dominates, largely because the country’s (abundant) modern energy resources are under exploited. The use of biomass is notably high for cooking, both in urban and rural areas.

This part of the project aimed to fill two specific knowledge gaps on the productive use of electricity in agriculture, and focused on groundwater irrigation – which is where the energy demand in irrigated crop production is concentrated.

Firstly, the team explored the costs and benefits of three different energy technologies for pumping water for irrigation: grid-connected pumps, diesel pumps, and photovoltaic (PV) solar pumps. Diesel is the most commonly used energy solution for water pumping in the country, but grid connections and solar PV offer potentially more cost-effective options. The study focused on these prominent motorised energy solutions rather than manual irrigation pumps, which may be cost effective for shallower water depth but could be limited because of their labour-intensive nature.

The team also investigated urban households’ fuel choices and the adoption of electric home appliances. Data related to the household acquisition and adoption of energy efficient equipment used for cooking and baking, as well as entertainment and refrigeration, was explored.

The team aimed to provide important policy-relevant insights to help shift the household energy sector from a system primarily based on biomass combustion to one that uses more electric appliances.

The team estimated the energy costs of groundwater irrigation (which include equipment and operating costs for a power unit, pump set, and borehole) under three energy solutions: grid-connected electricity, off-grid solar PV, and diesel, in the irrigated production of maize, wheat, vegetables, and pulses (crops that are considered most suitable to be produced under irrigated conditions).

The groundwater irrigation potential under each energy solution was further estimated using a modelling approach to approximate the crop mix and determine the scale of expanded groundwater production by considering constraints of land suitability, quantity of renewable water resources, and market potential of irrigated crops. The model estimated the probability of successful adoption of each energy solution.

This part of the study used a panel data set that was nationally representative of both large and small towns, and a random effects multinomial logit model for examining fuel and appliance adoption.

The data set was taken from the Ethiopian socioeconomic survey collected in 2013/14 and 2015/16 by the Central Statistical Agency and the Living Standards Measurement Survey of the World Bank, which collected comprehensive data on household characteristics, education, health, time use, food and non-food expenditure, housing status, access to alternative fuel sources, household fuel consumption, appliance ownership, and access to different services.

Several indicators were used to compare the trend of clean energy consumption. The team examined the determinants of household choices for primary baking ovens (mitads, which are used to make injera, the traditional Ethiopian flat bread) and provided insights into the prioritised adoption of other electric home appliances compared to mitads.

Both on-grid and off-grid energy solutions will therefore play an important role in the effort to develop groundwater-based irrigated agriculture in Ethiopia. The government and other stakeholders need to promote the adoption of irrigation technologies based on solar, electricity, and grid, with consideration for the type of energy most cost effective for the location and the crop to be irrigated.

Furthermore, Ethiopia is a country rich in renewable energy resources. Apart from solar energy, other sources of renewable energy available include wind, geothermal, and micro-hydrology. There is also keen interest in investing in mini grids. The approach developed in this study can be extended to accommodate these energy solutions.

To ensure the evidence is utilised, capacity building training for staff at the Ministry of Water and Energy (MoWE) and the Ministry of Agriculture and Rural Development (MoARD) was provided, focusing on the estimation of crop water requirements and the corresponding energy demand. Software and tools used in the team’s analysis have also been shared.

Beyond the benefits to Ethiopia, this research project will advance broader understanding of how to forecast energy demand for irrigation and identify the least-cost ways of meeting demand through on-grid and off-grid sources.

The findings relate to urban areas because the application of electricity for cooking is negligible in rural areas.

Policy makers should focus on improving the quality and reliability of electricity access (by reducing frequent power interruptions and reducing the problem of lower voltage supply); replacing shared meters with individual (private) consumer meters; and expanding connectivity to the grid.

The study also reaffirms the importance of investments to improve access to education, and educational campaigns and extension programmes focused on creating awareness about electric stoves and mitads.

Ministry of Water and Energy (MoWE)