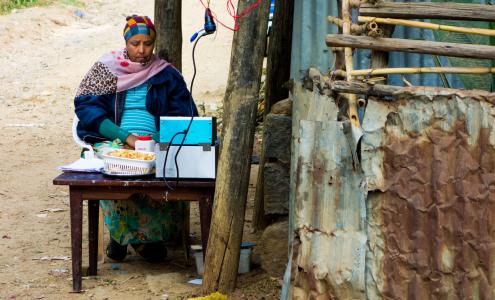 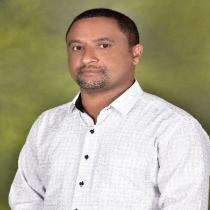 While the Ethiopian government has started to make major investments in the power sector, around half the population currently lacks access to electricity. Thus, many of the country’s homes and businesses still do not have sufficient power supplies for carrying out productive uses, or even for basic services like lighting. Reliable and consistent access to electricity is another major challenge, with even those connected to the grid experiencing frequent scheduled and unscheduled power interruptions.

Low access rates and lack of quality of service are directly and indirectly related to financial challenges in the Ethiopian power sector. Electricity infrastructure projects require substantial amounts of capital, and maintenance and replacement activities depend on power companies having sufficiently strong balance sheets, which may require stable cash flow. Revenue collected from the sale of electricity can be used for these activities, but prior to late 2018, electricity tariffs in Ethiopia had not been changed for more than a decade. Electricity prices in the country were among the lowest in Sub-Saharan Africa, and this situation had created an immense financial burden for the Ethiopian Electric Utility (EEU), the public-owned utility company.

Recognising this problem, the EEU, in cooperation with the Ethiopian Energy Authority (EEA), introduced a new tariff structure and raised tariff rates. Starting in December 2018, the reform involved a minor price increase for the first 12 months, followed by a steeper increase for the following 36 months. Overall, there have been four tariff increases in yearly intervals since 2018. Customers consuming fewer than 50 kWh of electricity per month (likely to be low-income households with low electricity needs) experienced no change in electricity prices. Households or firms consuming more electricity experienced higher costs of electricity per kWh.

Complementary policy measures are also being considered to encourage households and enterprises to engage in energy efficiency and conservation activities.

The main focus of this research project was analysis of the tariff reform, with the team evaluating the impact on the electricity consumption of households and firms.

However, poor reliability and access to electricity cannot be improved through better-designed tariffs alone. Therefore, the team also studied the effect of prepaid metering on household electricity use. Prepaid meters are thought to reduce consumption and improve revenue collection for power companies.

In addition, the team investigated whether carrying out energy audits (which provide information on the quantity of electricity consumed and offer suggestions for conserving electricity) in commercial enterprises encourages conservation practices and enhances the productive use of electricity.

To study the effect of prepaid metering on household electricity use, the team used quasi-experimental methods (propensity score matching and instrumental variable techniques) and aimed to address several questions:

A total of 1,182 households were surveyed between August to October 2019 – consisting of all households in the MTF survey from the Ethiopian capital Addis Ababa (where meter replacements have been most extensive), plus an additional 400 households from a list of pre-paid meter customers in Addis Ababa.

To examine the impact of the electricity price reform on the electricity consumption of firms, data was collected from around 1,000 micro and small firms in Addis Ababa from baseline and follow up surveys (in 2016 and 2020, respectively), and an event study analysis was employed. The event study methodology is a technique used to capture the impact of a significant unanticipated event on the outcome of interest. The event study compared outcomes (electricity consumption) for a given firm before and after the treatment (reform).

Furthermore, in cooperation with experts from the EEA, energy audits were conducted for 400 of the 1,000 firms. Both qualitative (descriptive) and quantitative data analysis methods were used to analyse the data.

The project involved experts from the EEA and the Ethiopia Petroleum and Energy Authority (PEA) energy auditing micro and small enterprises for the first time – they usually focus on large industries.

Experts from the Ministry of Water and Energy (MoWE) and the EEU were also involved in the study, particularly in the field survey and discussions with relevant stakeholders.

The project has filled important knowledge gaps on the role that electricity pricing reform can play in influencing energy consumption and improving electricity service delivery. The findings are expected to inform interventions that will enhance the Ethiopian government’s efforts to expand access to electricity, address inefficiency in energy consumption, and contribute to the socioeconomic development of the country.

Ministry of Water and Energy (MoWE)