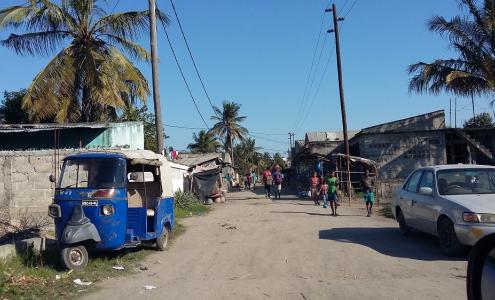 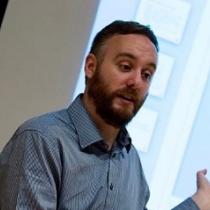 Against a broader socio-political and economic background of debt, environmental change, and political conflict, Mozambique has relatively low levels of electricity access. Approximately 65% of inhabitants lack a reliable source of electricity, and for the 70% of the population living in rural communities, access rates are around 6%.

Mozambique is rich in energy resources – both renewable (hydro, solar, geothermal, and tidal) and non-renewable (gas and coal) – and has a higher electricity generation potential relative to other Southern African countries. There is potential for the country to become a regional energy hub, providing opportunities for investment and rapid socio-economic development.

Contemporary energy policy in Mozambique is shaped by its political history, and socio-technical systems of energy provision that emerged at the end of Portuguese colonial rule in 1975 – presenting further challenges.

This research focused on a broad energy justice concern: that institutional support and capacity building are needed to deliver a fairer, more transparent, and financially viable electricity system that supports the diverse needs of Mozambicans across rural, urban, and peri-urban communities, under conditions of environmental stress, violent insurgency, and political unrest.

The challenges of sustainable energy access are multifaceted and complex. To understand them better, an empirical analysis is required of the underlying policy and institutional frameworks in which decisions are made. The aim of this project was to enhance this understanding through qualitative inquiry. It focused on the relationship between stated policy goals towards universal electrification advanced by key political and industry actors, and the challenges faced by Mozambican society, including imbalances in power relationships.

Diverse perspectives on electricity access, security, reliability, affordability, and investment/revenue-raising – obtained from a range of stakeholder interviews with households and the public and private sector – were explored across four major cities. The study also examined how competing interests can be accommodated to generate policy solutions across stakeholder networks.

In addition, the team focused on the challenges of efficient energy service provision by examining the efforts of the national public electricity utility Electricidade de Moçambique E.P. (EDM) to achieve the twin goals of revenue raising and fulfilling its social mandate. The team also examined what impacts these efforts have on domestic electricity reliability and affordability, low carbon development, and investment planning.

Field research was conducted between November 2019 and March 2020 in the four largest cities of Mozambique:

The team carried out semi-structured interviews with 120 households (in each city, representatives from households in six neighbourhoods – three peri-urban and three urban – were randomly recruited). Interviews with 87 public, private, and donor-level stakeholders were also conducted – including with officials from EDM (at both directorial/managerial and technical/operational levels), IPPs (independent power producers), other businesses, and NGOs.

To contextualise the broader policy landscape in which electricity system governance emerges, the qualitative interview data was supplemented with field observations in each city and reviews of official documents, reports, policy briefs from relevant institutions in the energy sector, and media sources (including TV, print and online newspapers, and social media).

The complete dataset was coded using thematic analysis (TA), common to qualitative interpretation of policies, stakeholder experiences, perceptions, and understandings. TA is based on the identification and assessment of patterns of meaning (themes).

Some of the findings were:

The project shows that the multifaceted challenges in providing energy access connect with wider gaps in energy sector reform, while demonstrating that ongoing structural economic and environmental inequalities combine to reinforce a range of constraints faced in the daily lives of Mozambicans.

In this policy brief, we assess the significant governance reforms that have been implemented to enhance electricity sector performance.