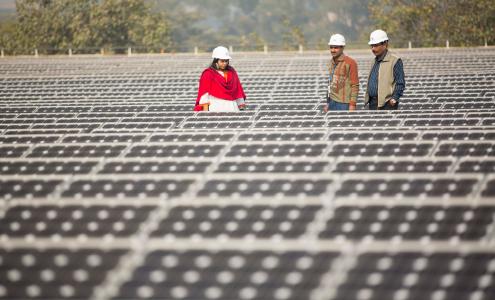 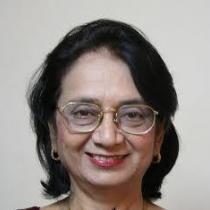 Bhutan and Nepal have high, untapped hydro potential compared to their own demand, and it was expected that they could dramatically change their economies by selling hydropower to India and Bangladesh.

However, the price of renewable energy, particularly solar, is falling dramatically. In India, the solar PV levelized tariff dropped from INR 12 per unit in 2010 to INR 2.44 per unit in 2018, and the wind tariff reached lower than the solar tariff in 2017 (INR 2.43 per unit). These are lower than the tariffs for coal-based thermal power plants seen in recent biddings (ranging between INR 4 to 5 per unit). This could reduce the appetite for hydropower in South Asian countries such as India and Bangladesh – especially as in India the solar PV potential alone is around 749GW.

The implications of the rapidly falling costs of solar and wind have not been adequately considered on a regional scale. On one hand, lower-cost domestic sources of renewable energy may reduce the need for cross-border power trade. On the other, South Asia’s abundant but variable solar and wind resources may be harnessed more easily in regional power grids that have flexible hydropower capacity.

The density and cost of power storage are also expected to improve. This has implications for power trade too – not only for supply and trade volume, but also for regulation, dispatching, and transmission infrastructure.

The team focused on Bangladesh, Bhutan, India, and Nepal (the BBIN region); while the South Asian Association for Regional Cooperation (SAARC) Framework Agreement for Energy Cooperation (Electricity) among the SAARC Member States has not led to any major cross-border trade in the western South Asia region, particularly due to political differences between India and Pakistan, this has not hindered trade in the eastern region, especially between Bangladesh, Bhutan, India, and Nepal.

A literature review of global trends and future scenarios in RE&S was undertaken to ascertain the cost declines for solar, wind, and storage technologies expected in the short, medium, and long term. Various scenarios were then developed in consultation with key stakeholders and experts in each country to assess the impact of cost declines on the potential for cross-border electricity trade among the BBIN countries:

Sensitivity analysis was also undertaken by layering the following additional considerations onto the above themes:

The finalised scenarios were analysed through an Integrated South Asia Regional Electricity Model, which uses the bottom-up technology-based TIMES (The Integrated MARKAL-EFOM System) model generator. The modelling framework for Bangladesh, India, and Nepal was taken from previous studies conducted by IRADe and updated for this study for the base year 2015. A new, fully functional Bhutan electricity model was developed.

BBIN country models were integrated to form the regional model, which helped the team to predict regional power trade among different trading partners.

The model covered alternative technologies for power generation, including sub-critical coal, supercritical coal, nuclear, gas, and hydro and other renewables such as solar and wind. The model provided the least-cost solution for meeting the required electricity demand for each sub-period of a year, taking into account potential supply options (resource, technology, various costs, etc) in each country. Since electricity demand varies from hour to hour and month to month, and the electricity available from hydro, wind, and solar plants also has seasonal and hourly variation, sub-periods were taken as hours of an average day for each month to balance supply, demand, and trade.

The scenario-based assessment helped to answer questions on the impact of the declining cost of solar, wind, and storage technologies on regional power trade; the implications for regional hydro potential; the impact on capacity requirements; the possible capacity mix in the region; and environmental benefits in terms of lower CO2 emissions.

The study has multiple key messages for the region as a whole and for the individual countries:

This study demonstrates that the declining costs of RE&S leads to increased regional electricity trade among BBIN nations, including increased trade in hydroelectricity. It also leads to a declining share of coal as a proportion of total regional installed capacity, delivering environmental benefits in terms of lower CO2 emissions, and results in huge system cost savings.

To harness the full potential of electricity trade, the trade partners in the region need to develop harmonising policies and trust among themselves to further accept their dependence on each other. The decision for electricity trade needs to be analysed from the economic and system planning level, and not just from the geopolitical level.

The findings are being shared with policy makers, power system planners, and civil society through stakeholder meetings and workshops.

Detailed insights into the barriers to regional power trade of large-scale renewable energy in Eastern South Asia and suggestions for research.

A framework for a resilient regional electricity grid for Bangladesh, Bhutan, Nepal and India