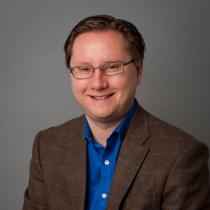 Nathan Fiala is an assistant professor at the University of Connecticut, an honorary senior lecturer at Makerere University in Uganda, and a research fellow at RWI in Essen, Germany. He was previously a post-doctoral fellow at the German Institute for Economic Research (DIW Berlin) and has consulted for the World Bank, Green Climate Fund, ILO, and various government and ministry offices across Africa.

His main methodological approaches include randomised control trials and behavioural lab-in-the-field experiments. He has conducted his research in several Sub-Saharan Africa and Asian countries, including Uganda, Tanzania, Kenya, Zambia, Swaziland, Zimbabwe, Ghana, Myanmar, and India, as well as Paraguay.

Nathan’s work has been published in several top academic journals, including the Quarterly Journal of Economics, the Review of Economics and Statistics, the Economic Journal, World Development, and Economic Development and Cultural Change. He also published a book on impact evaluation methods with the World Bank and has published in Scientific American, a popular science magazine. His work has been mentioned in media outlets such as The New York Times, Foreign Affairs, The Wall Street Journal, National Public Radio, Forbes, Foreign Policy, The Washington Post, Bloomberg and The Economist.

Nathan received a PhD in economics from the University of California, Irvine.