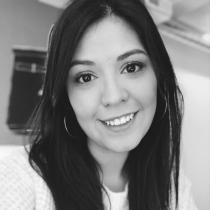 Nathyeli is Energy Sector Management Assistance Program (ESMAP)’S Gender Specialist at the World Bank. She has worked as a Strategic Alliances for the Americas Consultant in the International Committee of the Red Cross.
Prior to that, she was at the Inter-American Development Bank (IDB) from 2012 to 2019, where she worked as a Gender and Diversity professional.  Nathyeli focused on gender equality in the sectors of citizen security, digital government, public management, transparency, and urban development. She also co-led the implementation and monitoring of 2011-2013, 2014-2016, and 2017 IDB’s Operational Policy on Gender Equality and its Gender Action Plan. She has also worked as a consultant for gender and urban mobility in climate change adaptation and mitigation projects.
Prior to the IDB, she worked on the design and implementation of public-private urban development projects (in Argentina), and economic empowerment initiatives (Costa Rica and Central America) in rural and vulnerable contexts.
She holds an Economics degree from the Costa Rica University and Master´s in Urban Economics from the Torcuato Di Tella University (Argentina).