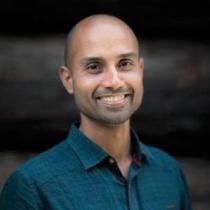 Ranjit is an Assistant Professor in the Environmental Studies department at the University of California Santa Barbara and leads the Clean Energy Transformation Lab (CETlab). He is also an affiliated faculty in the Bren School of Environmental Science, Policy, and Management and the Electrical and Computer Engineering department, as well as a faculty scientist at the Lawrence Berkeley National Laboratory. Ranjit’s research interests lie at the intersection of energy, environment, and economics, specifically in low carbon energy systems, clean energy access, and electricity markets.

He is the Principal Investigator for the EEG project Renewable energy in Southern Africa.