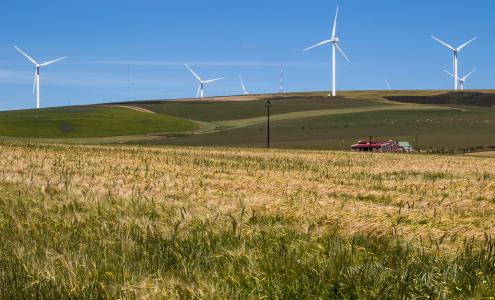 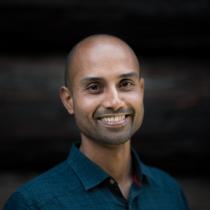 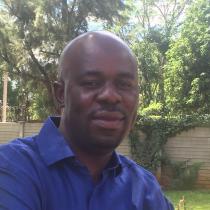 Renewable energy technologies are well positioned to meet the anticipated growth in electricity demand. The Southern African region is rich in renewable resources, and with wind and solar technologies declining in cost, they are proving increasingly cost-effective alternatives to conventional generation. Scaling up electricity generation from renewable energy resources will also be an important strategy for meeting climate goals.

However, the Southern African region’s electricity system is dominated by coal and large hydropower. The growth in non-hydro renewable energy generation capacity has significantly lagged behind ambitions and potential, with wind and solar comprising less than 5% of total generation across the 12 countries (South Africa accounts for the largest contribution).

Furthermore, optimal energy pathways will need to address the challenge of providing affordable energy to meet rapidly growing electricity demands while not only limiting carbon emissions but also socio-environmental impacts.

This study had two parts. In the first part, the perceived barriers to scaling up renewable energy in the Southern African region were assessed. A complementary suite of approaches – comprising a survey, focus group discussions, and interviews – were employed with energy planners, policy makers, and other stakeholders in the region to capture the range of possible barriers to renewable energy development, identifying themes and trends, and comparing the relative importance of barriers in a systematic way.

In the second part, developable solar photovoltaic (PV) and wind resource locations were investigated, considering not only the best available resource quality, but also other important criteria, such as proximity to transmission infrastructure and load centres, and the conservation value and need for social development in potential locations. The team also assessed how much resource exists based on technical, economic, environmental, and social constraints and opportunities.

The team developed an open-source, electricity planning model for Southern Africa that co-optimised the SAPP power system operations and investments in new generation, transmission, and storage infrastructure, and identified optimal electricity pathways for the region under varying technology and fuel cost projections and energy policies.

Participants were presented with statements about potential barriers to renewable energy development and were asked to select responses from a Likert scale (ranging from strongly disagree to strongly agree). The survey questions were developed from a thorough literature review of barriers to renewable energy development generally, as well as in developing countries, in Sub-Saharan Africa, and in SAPP countries specifically. Barriers were grouped into five categories – institutional, financial and economic, technical, social, and environmental.

The team performed various statistical tests to determine if the Likert scale scores significantly differed between different groups of respondents (i.e. country or type of organisation).

Respondents were also given the opportunity to share what they considered to be the top three barriers to renewable energy development in their country or region.

Nine country focus groups were held with representatives from utilities, regulators, ministries of energy, academics, and industry during a decision-support workshop held in South Africa in November 2019. Participants were organised based on the country within which they worked (or if they worked for an international organisation, the country they were most knowledgeable about with respect to the energy sector).

Participants discussed the issues their country or region encountered in developing more renewable energy, and ideas for how power sector planning processes and operations could be improved to address them. The outcomes of the discussions were shared with all participants during the workshop.

The focus group responses were coded, categorised (as institutional, financial and economic, technical, social, or environmental), and either matched with a barrier within the survey or noted as not captured in the survey (i.e. an additional barrier).

Transcriptions of the interviews were coded using thematic content analysis to find patterns. The team also used a deductive coding approach by assigning coded barriers to the survey barrier categories and to the closest equivalent barrier in the survey.

In the second part of this study, Southern Africa Renewable Energy Zones were identified. The Multi-criteria Analysis for Planning Renewable Energy (MapRE) tool was used to enable the identification and visualisation of wind and solar renewable energy zones in Southern Africa. The tool allows stakeholders to weight multiple renewable energy siting criteria e.g. generation cost, distance to transmission lines and load centres, and possible environmental impacts – and examine their trade-offs.

Optimal energy pathways for the region’s electricity sector from 2020 to 2040 were developed by leveraging MapRE and combining open source geospatial, hydrologic, and electricity grid-investment models that represented renewable resources in high spatiotemporal detail. The team comprehensively characterised the cost and potential for both renewable and conventional technologies and balanced system costs with greenhouse gas emissions and socio-environmental externalities.

Barriers to scaling up renewable energy

Addressing these barriers will require significant policy interventions, both from national governments and the international community, especially to reduce the cost of renewable energy and transmission infrastructure through access to technologies, low-cost capital, and subsidies, as well as to create a skilled workforce through training at all levels of the renewable energy industry.

This part of the study showed feasible pathways for Southern Africa to develop an affordable and low-carbon electricity system. It included capacity building to ensure stakeholders can understand and use the decision-support tools developed, and can interpret and build on the renewable energy capacity expansion modelling framework.